The Iranian interior minister said 42.57 percent of registered voters took part in Iran’s 11th round of parliamentary elections on Feb 20.  This is the lowest turnout in the history of the parliamentary (Majlis) elections in the Islamic Republic of Iran. 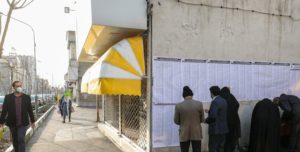 In the previous parliamentary elections in 2016, the turnout was about 61 percent. In 2020, however, many of the Iranian opposition groups and critics of the Islamic Republic, both inside and outside Iran, called for boycotting the February elections.

Iran’s population is almost 83 million people, and there are about 58 million eligible voters. According to Iranian officials, around 24 million voted in this election.

Abdolreza Rahmani Fazli, the Interior Minister, said the highest turnout was in Kohgiluyeh and Boyer-Ahmad Province with 71 percent. And the lowest number of Iranian eligible voters who took to the polls was in the province of Tehran with 26 percent.

The Interior Minister blamed the coronaviurs outbreak, the 2019 November protests against the hiking of gasoline prices, and the Ukrainian plane downing as the main reasons for the low turnout.

Iran has been in the midst of the crisis in recent months, IRGC shot down a Ukrainian airliner last month killing all 176 people on board and the bloody November protests in which security forces killed hundreds of the protesters.

And now, the coronavirus outbreak, which to this date has led to at least 12 deaths.

Iranian hardliners won a majority, in Tehran, Rey, Shemiranat, and Eslamshahr electoral district, the 30 candidates supported by Principalists (Osul-Garâyân), all earned a seat in the next parliament.

Mohammad Bagher Ghalibaf, the former mayor of Tehran has received most of the votes in Tehran with a total of 1,265,287 votes.

In many peripheral regions, including the province of Kurdistan the participation was less than any other time in the last four decades. Photos from several Kurdish cities in election day shows empty branches and polling stations. 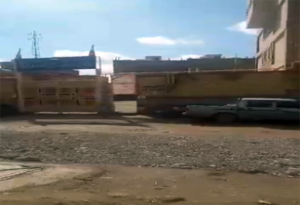 Observers say the low turnout brings a legitimacy crisis for the Islamic Republic as a state.

Islamic republic leaders claim Iran is a democratic country stating that there are bodies in the politics including the parliament that are elected by Iranian citizens. The higher turnout bolsters their rhetoric.

US Secretary of States, Mike Pompeo, called this process of the Iranian election a sham. “It is not free or fair,” he said. 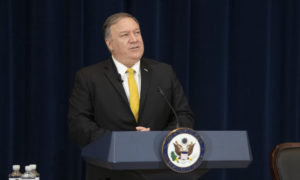 The Iranian officials argue that the participation in the February election was acceptable. However, even media related to the Iranian state establishment, have admitted the turnout was low.

Abdollah Ganji, the owner and managing director of Javan Newspaper, which is affiliated with the Revolutionary Guards (IRGC) in a tweeter post, asked his followers about the reasons behind low participation in the recent election.

In his tweeter poll, he offers four reasons:
“Disqualifications, economic pressures and poor living conditions, fear, and Coronavirus and the bitter November events.”

Among 14,000 people who participated in Ganji’s tweeter poll, 43 percent believed that the economic situation was the main reason for low turnout, while 41 percent said November unrest was the reason for low participation in the parliamentary election.

Vatan-e Emrooz, a newspaper affiliated with the principalists asks the same question in its first page on Sunday: “What is the main reason for the decreasing participation in Parliamentary election, comparing to the previous elections?”

Vatan-e Emrooz wrote: “incompetence and irresponsible government, an inactive parliament that only follows government policies have led to people’s distrust toward the parliament.” 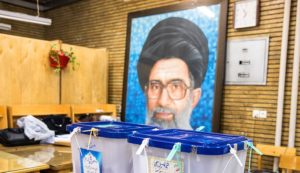 Ayatollah Ali Khamenei, the supreme leader of the Islamic Republic of Iran, had said before the election that voting was a religious duty. With more participation, the next parliament will be “stronger.”

On Sunday morning, at the beginning a seminary course that he teaches, the Iranian Supreme Leader called the participation excellent despite what he called “widespread propaganda of the enemies.”

“This negative propaganda began a few months ago and increased as the elections were approaching. In the last two days, the pretext of illness and virus was used, and their media did not miss the slightest opportunity to discourage people from voting,” “said Khamenei, according to his official website.

Recently the coronavirus outbreak in Iran caused several deaths. Iranian officials confirmed the first cases of patients who are infected by the coronavirus in Iran two days before the election.

What Would be Next?

With hardliners winning the majority in the parliament, the establishment closer to the Supreme Leader becomes more coherent.

Analysts say that it is probably time for rearranging the pawns, regrouping the hardliner base, and reviving the power within the establishment.

The next speaker of the parliament will be Ghalibaf, the former mayor of Tehran, the former commander of the Revolutionary Guards’ Air Force and an Iran-Iraq war veteran.

He was the longest-serving mayor of Tehran and still has an open case of a multi-million-dollar corruption in a case that is related to his leadership of the municipality.

Ghalibaf is accused that during his mayorship, he donated 600 billion rials and 80,000 square meters of land to his wife’s charity.