Two Iranian football players, Masoud Shojaei and Ehsan Hajsafi have been barred from playing in Iran’s national football team because the two played against Israeli adversaries as part of their football club activities. 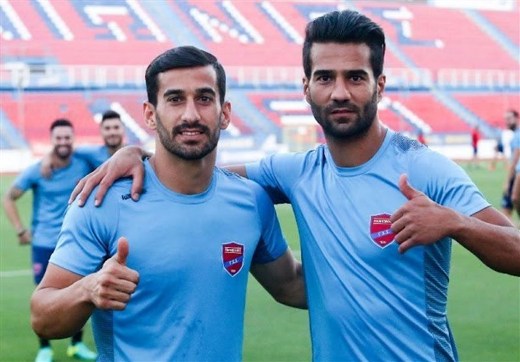 The Islamic Republic does not recognize Israel as a state and forbids its athletes from participating in sports events against Israeli adversaries. Shojaei and HajSafi play for the Greek football club Panionios.

In early August in the return leg of the European Football League’s qualifying round they played as part of their team against Maccabi Tel Aviv. The Panionios lost the return game one-nil.

The two Iranian players had not travelled to Israel for the first leg of games which their team had also lost one-nil. As a result their coach had insisted on their participation in the return game. Panionios is now eliminated from the championship.

Iran’s Sports Ministry spokesman criticized the two football players saying on many occasions Iranian athletes have even foregone receiving Olympic gold medals “to uphold Iran’s values and express their support for the oppressed people of Palestine. When two of our football players disregard these values for a mere commitment to their club, what can be said of the commitment of these athletes to their nation?”

Mohammadreza Davarazani stressed that Iranians will not tolerate indifference to the “oppression and crimes committed by the Israeli regime”. He added that the ministry will make its decisions regarding the actions of these two players but confirmed that they will not be invited to join the National Football Team because they have crossed one of the Islamic Republic’s red lines.

Iran’s foreign ministry has also reacted to the issue at hand saying: “We do not recognize the Zionist regime and in terms of sports our policy is not vying against the athletes.” Bahram Ghassemi stressed that Iran’s sports administrators should consistently apply this policy especially in terms of contracts and dealing with foreign bodies.

Since the establishment of the Islamic republic in Iran, as a symbolic condemnation of Israeli policies against Palestinians, Iranian athletes both in individual and team sports have been forbidden from competing against Israeli athletes. This policy has at times led to elimination and suspension of Iranian athletes in international events.