As the elections draw near, Iran’s Supreme Leader warned that any “rebellion” in the course of the elections would provoke a “slap” from state security forces. Meanwhile 37 candidates who had been previously vetted by Iran’s Election Committee have been banned from running for City and Village Councils Election in Iran. 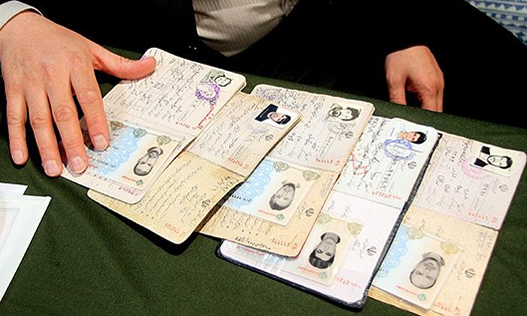 Farhad Tajari, a spokesperson for the Central Committee for Monitoring of elections, confirmed that it is not the government of Hassan Rouhani that is banning these candidates. He also confirmed that the forces within the intelligence community affiliated with the Judiciary in Iran are behind the ban.

These candidates according to Tajari are being disqualified for having criminal records and serving prison sentences related to security charges.

Ten days to elections in Iran, the judiciary expressed concern that a number of candidates with a history of “security” convictions have been approved to run in the municipal elections.

Security “convictions” is state lingo to describe political dissidents or opposition groups including those who took part in Iran’s Green Movement.

Among the candidates that are being banned there a number of politicians and activists that were imprisoned after the disputed 2009 presidential election including: Abdollah Momeni, Ali Tajernia and Nasrin Vaziri.
Samad Maroof, the only ethnic minority candidate who is Kurdish and was on the list of reformists running for City and Village Councils in Iran has also been banned.

Head of Tehran Justice Department Gholamhossein Esmaili said last week that approval of certain candidates shows lack of regard for the judicial system’s views and could lead to “serious harm for city councils” across the country.

He added that the judiciary has reviewed the case of individuals with a history of “security charges” and communicated its findings with the appropriate election administrators but according to Esmaili, these reports have been ignored in issuance of approval for certain candidates.

Esmaili confirmed that the administration has final jurisdiction over issuance of approval for election candidates and the judiciary is only responsible for informing the appropriate authorities with their information. Despite this the ban has become effective in actuality and the candidates have been omitted from lists that were previously supporting them, including the reformists lists.

Esmaili stated that the judiciary feels there has been negligence in considering the background of individuals who have served sentences for “security charges” and this could be highly “detrimental to the composition of councils”.

The 2009 elections in Iran dissipated into widespread protests with millions of people taking to the streets with accusations of vote rigging. The government responded violently arresting many protesters and controversial political figures and sentencing them to heavy prison terms. Some of those activists and political figures served long terms and are now released.

The victory of Hassan Rouhani, the reformist and more moderate candidate in the 2013 elections has given a relative opening to more moderate and progressive forces to gradually return to the political scene.

Abdollah Momeni, a prominent student activist was arrested and sentenced to five years in jail following the 2009 elections. He was head of Mehdi Karroubi’s campaign committee, one of the moderate candidates of the elections who directly challenged the result of the vote count and was consequently subjected to a house arrest under which he still lingers.

Momeni was running for a seat in Tehran City Council and had been approved by the Election Committee.

Another candidate that has been banned is Emad Bahavar, another political activists who served five years in jail for participating in the 2009 elections protests. While he received an approval in the initial round of selection of municipal election candidates, he was disqualified in the second round.

Iranian elections have become the only platform through which the conservative factions supported by the country’s Supreme Leader Ayatollah Khamenei have been forced to slightly loosen their iron grip on power; therefore, in the lead up to any election they step up security measures and threats against protests and public demonstrations.

Jailed Journalist Released after Ten Year in Prison; Others on Hunger Strike