Iranians are trending the demands of political prisoners on Twitter

After the #SaveArash successful twitter campaign in support of Arash Sadeghi, Iranians are now showing solidarity with Ali Shariati, a reformist political prisoner who is serving a five-year sentence for taking part in a protest apposing serial acid attacks against women in Isfahan, Iran. 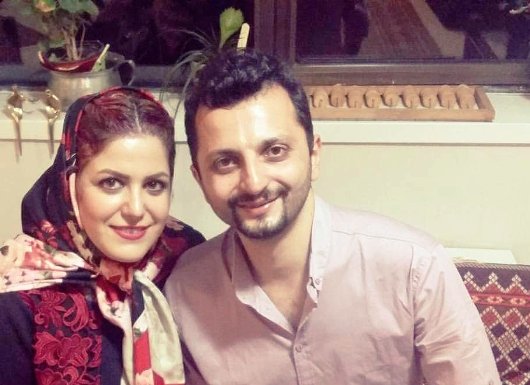 #SoSAli is the new hashtag in support of Ali Shriati who has been on hunger strike for the past 65 days in Evin prison.

Shriati is objecting his five year sentence which he says is illegal. His demands are his right for visitation and he is also apposing discriminations against political prisoners in Iran.

Ali Shariati has been in and out of prison since the 2009 disputed presidential election in Iran but his most recent sentencing is related to a protest in front of the Iranian parliament in Oct 2014. The protest was an objection to a chain of acid attacks against women in Isfahan. Allegedly the perpetrators were only attacking women who were not wearing the strict Islamic hijab; wearing their veils loosely on their heads.

Shariati joined a crowd of hundreds who said the government is responsible for women’s safety in streets of Isfahan regardless of women’s choices of attire, and they demanded the arrest of the perpetrators.

After this protest Shariati was arrested and was initially sentenced to 12 years in prison. The appeals court reduced his sentence to 5 years finding him guilty of “assembly and collusion against national security.” His charges were directly related to the acid attack protests.

He is on hunger strike since 31 Oct 2016 demanding his acquittal; Ali Shariati says that protesting acid attacks should not be a crime.

Shariati refused food to demand a phone call with his family as of 31 Oct 2016. The prison has denied his visitation rights for weeks. He is continuing his strike and was taken to hospital on 9 December when his body shutdown and his heartbeat slowed significantly.

In the first three days of 2017, Iranians have come to twitter to take part in campaigns that are trending the demands of political prisoners, seven of whom are on hunger strike in Iranian prisons.

Arash Sadeghi, a political activist who was on hunger strike for 72 days became the world’s highest trending topic on Twitter on 30 Dec 2016 with hashtag #SaveArash. His demands were responded to on 3 Jan 2017 when Evin prison authorities granted a furlough to his wife Golrokh Ebrahimi Iraee. Arash was demanding a re-evaluation of his wife’s case by the courts; she has received a six year sentence for an unpublished short story on the subject of stoning women for adultery in Islamic jurisprudence.