Tehran Prosecutor announced that a detained underground musician has been sentenced to ten years in jail and flogging. Abbas Jafari Dowlatabadi announced the heavy sentence without identifying the artist or the charges against the individual. 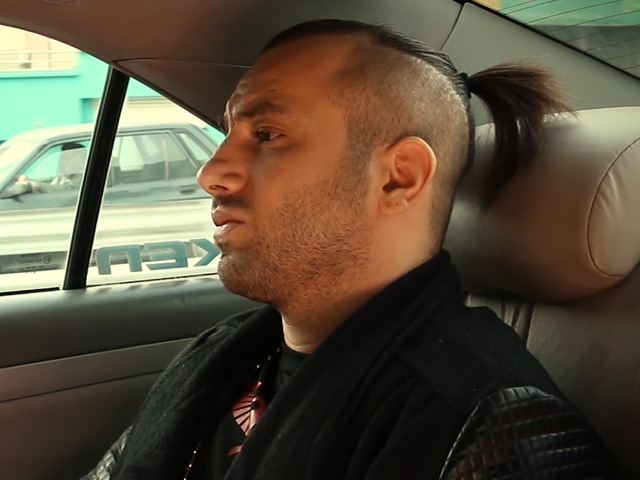 Tehran prosecutor, who was speaking in the sidelines of a convention entitled Drug Related Crimes and their Prevention, merely indicated that the artist has been sentenced to ten years in jail and 74 lashes and added that since one of the complainants has withdrawn their complaint, the sentence will be reduced.

Amir Hossein Maghsoodloo is an Iranian underground musician and singer who is currently free on bail but was under arrest prior to that for over two months. Maghsoodloo who goes by the artistic name of Tataloo, was arrested in August for “inciting corruption and prostitution among young people”. An audio file was later posted in social media in which Tataloo was purportedly heard swearing at Bijan Ghasemzadeh, his interrogator and threatening to kill him.

Tataloo has also issued a message to his fans from Evin Prison. He has also addressed Iranian president, Hassan Rohani challenging the president’s messages of hope and tolerance saying: “Mr. Rohani! You who are the president and keep saying positive things on TV…as an artist of this country, I have been in jail for over a month.”

In late October however, Jafari Dowlatabadi announced that Tataloo has offered an apology in the proceedings. ILNA later reported that Tataloo was held in jail for 62 days for insulting judiciary officials.

Tataloo is a popular Iranian rap artist who has created much controversy with some of his songs in support of hijab and nuclear energy. Despite these songs which appear to be in line with the Islamic Republic ideology, Tataloo has had problems in maintaining public distribution of his work and remains an underground artist.

Commander of Iranian Navy recently told Iranian that he was reprimanded for allowing Tataloo’s Nuclear Energy video clip aboard one of their destroyers.

Tataloo, who has made a name for himself in Iran’s underground music scene in the past 15 years, has over three and a half million followers in Instagram and is one of most popular figures in Persian speaking social media. His followers have reportedly swarmed the Twitter and Instagram pages of Iran’s Supreme Leader Ayatollah Khamenei calling for the release of Tataloo. Some fans have even staged street protests which have led to their arrest and persecution.