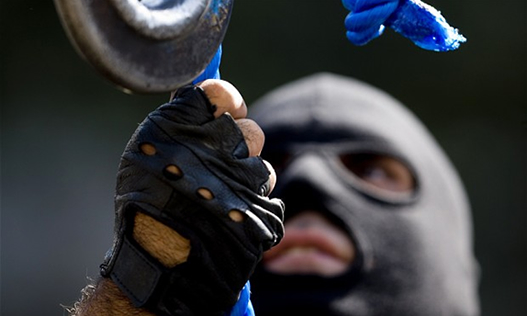 The report from Ahmad Shaheed, the UN Rapporteur on Human Rights in Iran referencing the execution of drug related convicts drew fire from International Affairs Deputy of Human Rights Headquarters of Iran’s Judiciary who described the report as politically biased and in service of “terrorists and merchants of death”.

“Merchants of death” is the language Iranian authorities use to refer to drug smugglers.

Mehr News Agency reported that the Iranian judiciary spokesperson, Kazem Gharibabadi maintains that the UN Rapporteur is not in a position to express views on the country’s penal law and its enforcement.

It quotes Gharibabadi saying: “In the final days of his mission, Ahmad Shaheed persists in continuing his politically biased statements and in supporting terrorists and merchants of death.”

The statements from Iranian judiciary comes after Ahmad Shaheed issued an official condemnation of the mass execution of a group of 12 drug related convicts in Kataj in late August.

According to Shaheed’s report, one of the prisoners Alireza Maddadpour was found guilty within twenty minutes in court without adequate legal representation. The report that challenges the executions claims that that Maddadpour, who was arrested in 2011, was merely a cleaner at the home where one kilogram of crystal methamphetamine was discovered. Activists reports that Maddapour’s family made several attempts to have his file reviewed and requests for mercy were unsuccessful.

Mohammadbagher Olfat, Crime Prevention Deputy of the Iranian judiciary, said on Friday August 26 the head of judiciary has been informed in writing that execution of drug smugglers has not been an effective deterrent. He reported that major traffickers are never arrested because they are rarely involved in the transportation of the drug shipments.

In the past year some MPs have lent support to the review of the death penalty for drug related charges. Olfat was quoted as saying that long prison terms with hard labour may be a more effective way of dealing with drug offences. “Excellent opportunities could be created in mining, road construction and replenishment of deserts and wetlands where such convicts could serve sentences.”

The highest number of executions in Iran comprise of those who have been arrested on charges of drug trafficking.