On 2 Aug 2016 a number of Sunni prisoners in Rejaishahr Prison in Karaj were hanged for charges ranging from acting against national security, propaganda against the regime, membership in Salafai groups, corruption on earth and enmity against God. The executions triggered Ehsan Mehrabi, Iranian journalist based in Germany, to recall his year in prison following the 2009 election protests in Iran and his encounters with Sunni prisoners accused of links to Al-Qaeda. 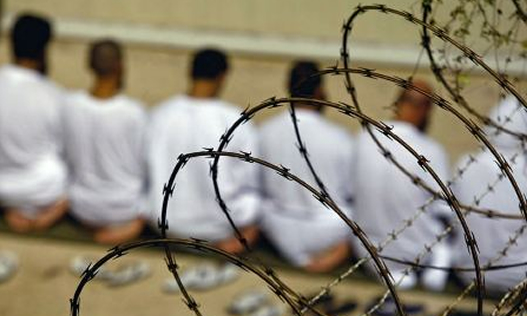 Ehsan Mehrabi – When Islamic Republic authorities announced the arrest of a number of alleged Iranian members of Da’esh (ISIS), I was immediately intrigued to learn more about them because as a former political prisoners I had come to meet a number of Iranians imprisoned on charges of collaboration with Al-Qaeda.

One of my former cellmates, who was informed about the latest arrest, summarized the answer to my query saying: “They are exactly like the ‘Al-Qaeda prisoners’.”

In the years following the US attack on Afghanistan, Iranian authorities stated on several occasions that they had arrested “members of Al-Qaeda that had fled to Iran”. Despite these statements, there was little information about the prisoners in Iranian media. However, some of the journalists and political prisoners who were detained and imprisoned following the controversial 2009 presidential elections met some of these prisoners for the first time in the 209 ward of Evin prison, the Ministry of Intelligence ward.

At first, the Reformist prisoners found serious impediments against their attempts to communicate with the so-called Al-Qaeda prisoners because the latter had very different views of Islam. There were conflicting views among the Reformists about these prisoners. Some thought their particular views of Islamic could in no way be altered. Others felt that those with more scholarly knowledge of Islam could influence their views and especially argue against the violent aspects of their beliefs.

Emaddedin Baghi, Iranian human rights activist and a seasoned seminarian as well as Saeed Norumohammadi a member of the reformist group Islamic Iran Participation Front’s youth branch managed to establish a good rapport with these prisoners and their relations with them became so friendly that some would refer to the two in jest as “Al-Qaeda Shias!”

For instance while at first they would not participate in any form of celebration, gradually they too began to hold celebrations by singing chants and clapping when one of their cellmates was being released. At first they would avoid meat offerings from other cellmates or the prison store on account of religious restrictions (being Halal), but gradually they began to drop those restrictions.

Sometimes altercations would occur between the two groups due to misunderstandings over certain statements or expressions which appeared blasphemous to the “Al-Qaeda prisoners”. However these disputes also became rare as time went on.

Mohammad Barai, a Friday mass Imam and teacher in one of Boukan’s Sunni mosques was instrumental in bridging the gap between the two groups. He was one of the prisoners that denied the charge of links to Al-Qaeda. He said he had attended a religious meeting with a number of individuals in Iraq and the ministry of intelligence was using that as an excuse to slap him with a bogus charge which had led to a sentence of ten years in jail that he had challenged in an open letter.

“Al-Qaeda prisoners”, mostly from Western Azerbaijan province, were in prison for various charges serving sentences of anywhere between one to ten years. Some had fought in Afghanistan against US forces and were arrested upon return to Iran. Some said they had never participated in any Al-Qaeda military operations and only attended religious seminars in Pakistan or Iraq. The thirty Al-Qaeda prisoners in Evin were transferred to Rejaishahr Prison in 2011 and some still remain there.