A police car chase of a truck in Kerman led to the death of five immigrants and injured another 13. 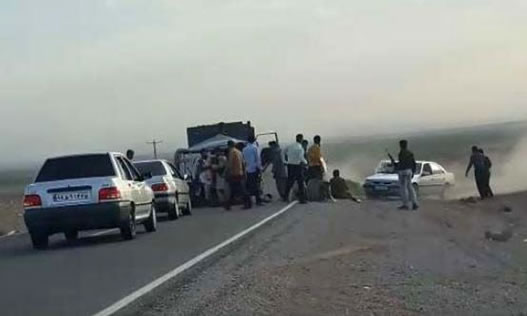 ISNA reports that the truck carrying illegal immigrants sped away when the police tried to stop it, resulting in a chase in the Anar region of Kerman on Saturday May 7.

The driver reportedly ignored police warnings and tried to get through a police blockade and was finally stopped by police gunfire.

The police report the truck was carrying 28 illegal Afghan immigrants.

Recent reports indicate that anywhere between two to three million Afghan immigrants live in Iran, and over a third of those have no legal status in the country.