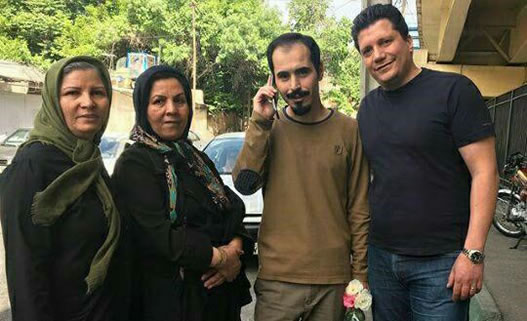 Ronaghi Maleki was finally able to secure the approval of the prosecutor’s office for his release on medical grounds.

He was arrested in the aftermath of the election protests of 2009, after he ran a blog reporting and commenting on the crackdown on protesters.

He was sentenced to 15 years in jail but was released in 2011 for medical reasons after several hunger strikes. He was arrested again for collaborating with independent groups to organize aid to earthquake survivors in Azerbaijan.