The head of Iran’s Workers’ House opened Workers’ Day events by speaking of the lack of job security for hundreds of thousands of Iranian workers. 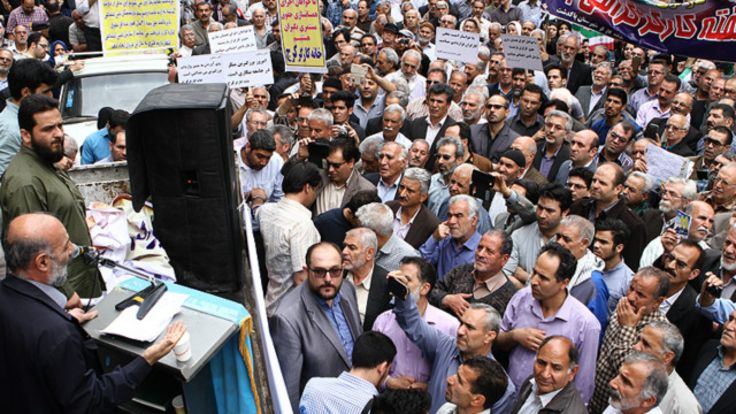 Alireza Mahjoub said in addition to low wages, the workers’ community is in constant turmoil due to the prevalence of temporary contracts.

Workers called for an end to temporary contracts and demanded payment of their delayed wages.

This is the second year after a longtime ban that workers have been allowed to hold a march to mark International Workers’ Day.

Workers’ House, which organizes the events, is registered as an independent labour organization but it is in effect run by a three-person council: Alireza Mahjoub and the former and current labour ministers, Hossein Kamali and Ali Rabii.

Worker’s Day with a Tinge of Resistance Economy