Air France has landed its first direct flight to Iran after an eight-year hiatus, with flight AF 738 touching down in Tehran from Paris on Sunday April 17. 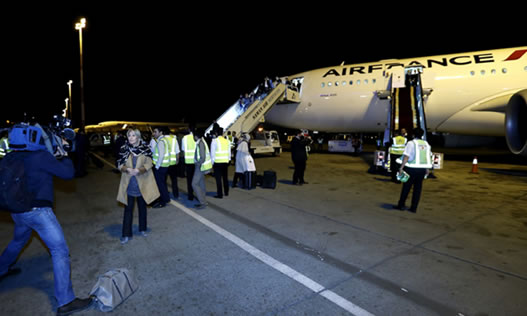 AFP reports that the flight carried France’s transportation minister and a 15-member delegation to Tehran.

The French minister was met by his Iranian counterpart. The two ministers highlighted the importance of direct flights between the countries in strengthening bilateral relations.

Following the nuclear agreement reached between Iran and the 5+1, European countries have begun re-establishing relations with Iran.

British Airways is reportedly going to resume direct flights to Tehran in July.