Iran’s meteorological reports warn of floods in 14 provinces including Tehran. Meanwhile the death toll from floods in western Iran has reached three. 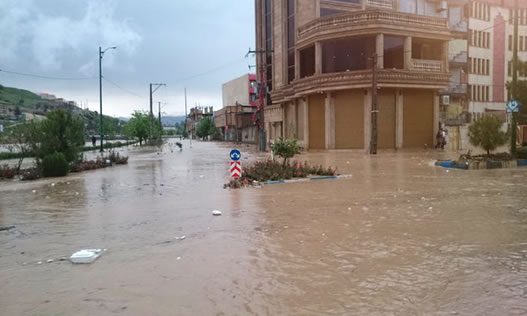 The western provinces have already been wrestling with the floods since Wednesday, with three people killed so far killed and another two missing.

Khuzestan has so far sustained the worst damage, and most of its northern townships have been evacuated.

Reports indicate that the Dez Dam in Khuzestan has reached four times its capacity. The National Crisis Headquarters has convened under the leadership of Vice President Eshagh Jahangiri to prepare an action plan to harness the dam water. Iran cracks down on use of animals in circuses