The aroma of replenishment is gradually emanating from Lake Urmia. As waters from the Mahabad Dam, transferred waters from the the Simineh and Zarineh Rivers and channels to the Aji Chai River are beginning to replace some of lake’s lost water, international groups are also rushing to the aid of the shrinking lake. 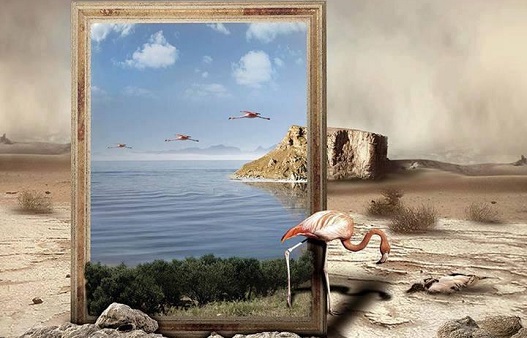 An agreement to replenish Lake Urmia with the assistance of the UN and the Japanese government has finally been signed, with cooperative efforts set to start in 2016. Iran’s head of Wetland Protection reported on April 5 that the agreement contains a plan to replenish Lake Urmia, with the local community taking part in establishing sustainable agricultural activity and protecting vegetation and wildlife in the region. Mohsen Soleimani Roozbehani reported that the project is based on consultations between Iran and Japan which began in 2014. The project has three objectives: education efforts in local communities to impart the importance of sustainable farming, the development of sustainable farming in the 75 rural regions of the lake’s basin aimed at achieving a 35-percent decrease in water usage, and social mobilization for the replenishment of Lake Urmia and the protection of biodiversity.

The decline in biodiversity, expanding desertification and disappearing farmland are among the chief problems resulting from the drying of Lake Urmia in recent years. Urmia’s drying crisis includes the formation of more than 300,000 hectares of desert around the lake and the destruction or departure of 16 birds species from the region.

Meanwhile, the secretary of the Restoring Lake Urmia Committee announced that the government has budgeted $7 billion to replenish the lake. Previously, the secretary had criticized the government executive bodies for their slow processing of projects in this regard. Issa Kalantari recently called for “stronger and firmer determination on the part of regional organizations” to implement the lake-restoration plans. The efforts, however, have been effective, and most recently the head of the Eastern Azerbaijan Department of the Environment reported an eight-centimetre rise in the water level in the past year.

Waters Rising Due to Water Transfers from Dams and Rivers

Iran’s Department of the Environment says the recovery of Lake Urmia is due to the replenishment activities of the Restoring Lake Urmia Committee, reparation of the river beds leading to the lake and the release of some of the water held behind dams.

In addition to water from the Mahabad Dam, the Simneh and Zarineh Rivers have also been connected to Lake Urmia. The Boukan Dam releases into these rivers, allowing for an annual transfer of 200 million cubic metres of water into the lake. The Aji Chai River has also been channelled to Lake Urmia to contribute to the lake’s replenishment.

Experts say accomplishing the objectives of the restoration plans for the region, which include the establishment of sustainable farming and the return of biodiversity, will take at least 10 to 15 years.

The lake has been drying at a rapid rate in recent years, and at this time only seven percent of it remains. The disappearance of the lake could result in severe environmental consequences affecting the lives of at least five million people in region, with perhaps even more far-reaching effects. 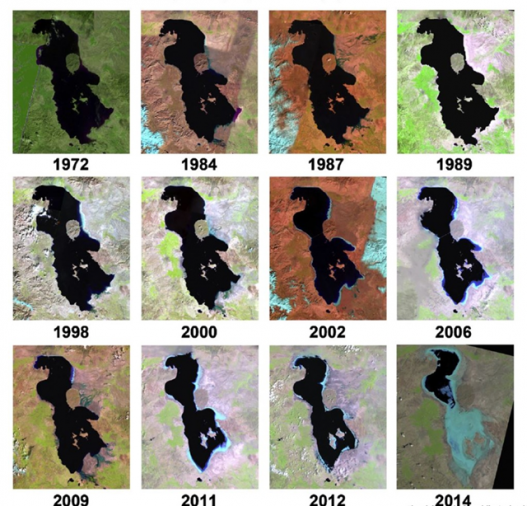