Rohani adviser in trouble for comments about Sistan-Baluchistan

The Iranian judiciary has announced that the president’s adviser on women’s and family affairs has been summoned to court. 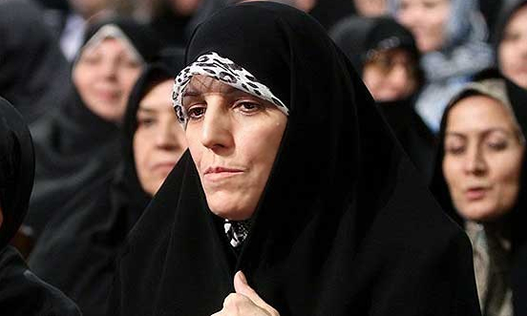 The Tasnim daily reports that at a news conference on Sunday April 10, the spokesman for the judiciary said a complaint against Shahindokht Molaverdi was filed by Sistan-Baluchistan provincial officials and it has now has been now forwarded to Tehran.

On her trip to Sistan-Baluchistan last March, as she argued for extending government support the families of executed prisoners, Molaverdi said that there is a village in the province where all the men have been executed due to drug charges and all the people still living there are potential smugglers because they have no other means of making a living.

The statements became very controversial, and the Zahjedan MP announced that he knows of no such village, maintaining that Molaverdi’s statements are an affront to the reputation of Sistan-Baluchistan.

The provincial court also announced that it will file slander charges against Molaverdi.

The judiciary spokesman said Molaverdi will appear in court to offer her explanations.