Protesters gathered in front of Tehran’s Museum of Contemporary Art on Saturday April 9 to oppose the handover of the institution to the Roudaki Foundation. 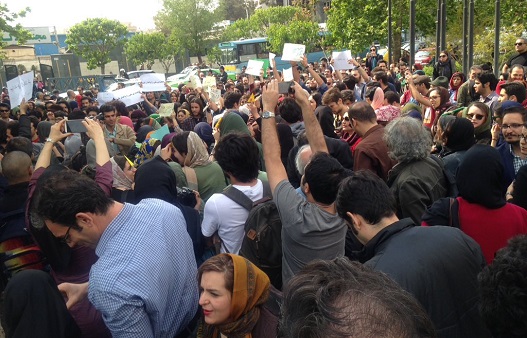 The protesters insist that Tehran’s Museum of Contemporary Art is part of the country’s national heritage and should not be transferred to the private sector.

When the handover hit the news on Friday April 8, a group of citizens announced their intention to gather in protest in front of the museum on Saturday.

The deputy head of the Ministry of Culture denied the handover on Thursday, but Architectural News published a series of documents which appear to confirm the arrangement.

The Roudaki Foundation is a non-governmental organization with a board of directors comprised of the Minister of Culture, the ministry’s deputy for Artistic Affairs, the head of National Planning and Management and two experts appointed by the minister

Worker protests at sugarcane plant roar back to life