The Statistical Centre of the Islamic Republic reports that the unemployment rate was 11 percent in the past year, which represents an increase of 0.4 percent from the previous year. 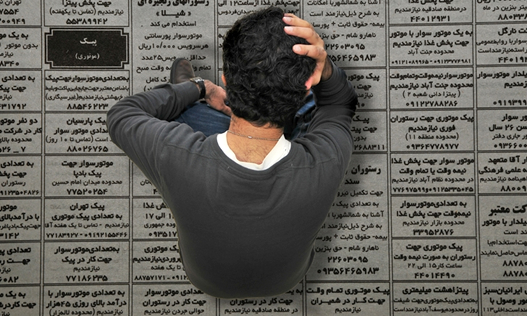 The unemployment rate for men is reported at 9.3 percent and 19.4 percent for women.

Youth unemployment is reported at 26.1 percent, with young men between 15-24 experiencing a rate of 22.3 percent while young women in the same age range shoulder a rate of 42.8 percent.

The provinces of Tehran and Eastern Azerbaijan are reported as having the lowest unemployment rate at 7.3 percent, while Kohgiloyeh and Boyerahmad have the highest at 17.7 percent.

Iranian President Hassan Rohani has promised to bring the unemployment rate down to the single-digit level. Experts maintain that in view of the current economic conditions, honouring that promise is highly unlikely.