The Bust of Xerxes has been put on public display at the Persepolis Museum for the first time in 10 years, the head of Persepolis World Heritage announced. 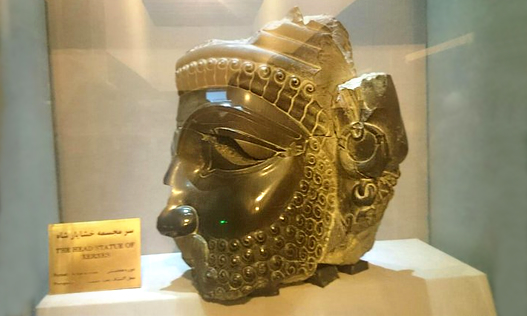 According to ISNA, Massoud Razi said on Wednesday March 30 that this ancient artifact was put on display along with a series of other artifacts from the same era at the beginning of the Iranian New Year.

The Bust of Xerxes is made of black marble and its beard, headdress and earrings identify him as the Achaemenid king.

The Persepolis Museum has 155 objects on display in connection with the Persepolis historic site, which dates back 2,500 years to Iran’s first dynasty.

The site was registered on the UNESCO world heritage list in 1979.