Basij accused of using development projects as cover for recruiting

The Basij militia has been involved in development projects in deprived areas of Iran for the past decade; however, local activists say the projects are only pretexts to establish grassroots bases for recruiting local forces for Islamic Republic policies. 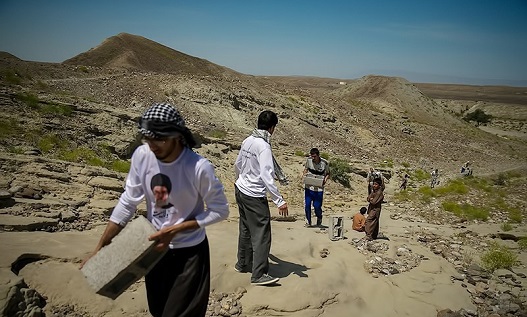 The head of the Basij Development Organization announced that 1.2 million Basij forces and seminarians have been dispatched to provinces.

Nemaan Gholami told the Mizan News Agency they are being sent to Sistan Baluchistan, Khuzestan, Hormozgan and Lorestan.

He described their objective as “identifying capacities and contributing to the development of rural areas”. Meanwhile, the Basij Public Relations office announced the dispatch of 40 Basij seminarians to Baluchistan during Norooz holidays, the Fars News Agency reports.

The report adds that the dispatch is aimed at providing education services to students in rural areas, adding that the educational and development activities of the Basij in rural areas will be increased.

Baluch activists, however, say this is a systematic effort by the Basij to spread Shi’a religion in the predominantly Sunni region of Sistan-Baluchistan.

Activists had made previous allegations about the Basij and Revolutionary Guards recruiting young men in rural and disadvantaged areas to join the fight in Syria.

Local officials also indicate that Basij Development has 28 bases in Khuzestan and it is going to build more in the coming year, Mehr reports.