Heavy rains and flooding claimed two lives in Marivon in Kurdistan Province after a car carrying a family of four sank in the Kalin Kaboud River. 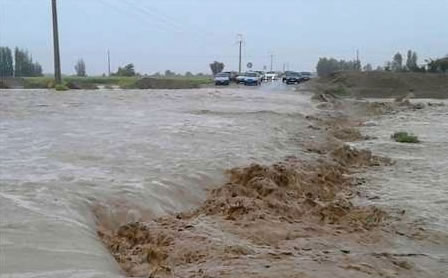 IRNA reported on Monday March 28 that Marivon Governor Mohammad Fallahi told reporters that rescue divers managed to save the the father and one child after the car sank in the river. “Regretfully, the mother and their toddler died in hospital,” Fallahi added.

The report adds that heavy rains have caused “flooded streets, traffic disruption and blocked roads in urban and rural areas”.

Floods have also blocked roads in Saqez and Baneh and destroyed a number of rural bridges.

The provinces of East Azerbaijan, Kordestan, Gilan, Mazandaran and Tehran are also under emergency alerts for flooding and heavy rains

Ailing filmmaker released from hospital to heal at home