A number of Iranian Kurdish citizens have reportedly been arrested in various regions of Kurdistan province during Norooz festivities. Political activists had warned earlier of the increasing security-laden atmosphere in the province. 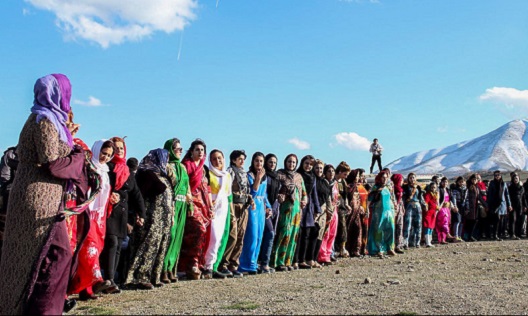 Kordpa reported on Thursday March 24 that at least 20 activists in Kurdish regions of Iran were arrested on the last day of the Iranian calendar year (March 19). The arrests were reportedly concentrated in Sanandaj and Boukan.

On March 22, a number of citizens were arrested in Sanandaj after a large public Norooz celebration for wearing Kurdish outfits and dancing their folk dances during the festivities.

The Iran Human Rights website reports that Sara Milani, Ladan Sohrabi and Shahla Vakili were among the detainees and they have not been released despite the posting of bail. The report adds that three members of the Vakili family who had gone to the police to inquire about their kin were also arrested.

Kordpa reports that at least 15 people were arrested in Boukan following Norooz celebrations and their fate remains unknown so far.

Crash of rescue helicopter kills everyone aboard