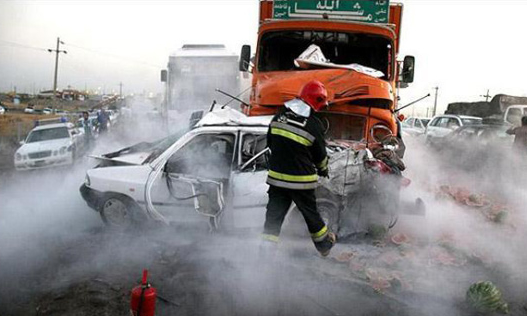 Commander Taghi Mehri told IRNA on Monday March 21 that this information is based on government research studies in partnership with Shahid Beheshti University.

He stressed that such waste leaves an indelible mark on the economy which is irreparable.

Recent reports also indicate that in the past five years, 5,700 people were killed during the two-week Norooz holidays due to road accidents.

Since the beginning of the current Norooz on March 20, 60 people have already been killed in road accidents.