Families of political prisoners who were not granted a furlough for Norooz spent the first hours of the New Year on March 20 staging a sit-in outside Evin Prison to be closer to their relatives. 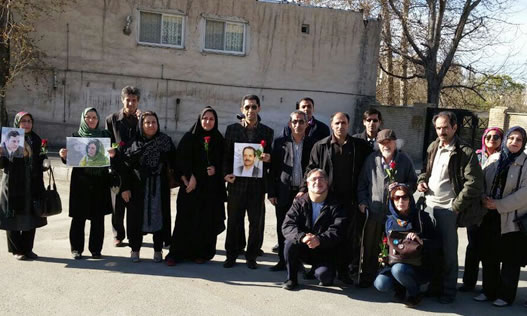 The Human Rights Activists News Agency (HRANA) reported on Monday March 21 that supporters of Mohammad Taheri, the founder of Erfan Halgheh (interuniversalism), and a number of political prisoners that were not given furloughs for Norooz gathered outside Evin Prison and some, including the father of jailed cartoonist Atena Forghdani were beaten by the security forces.

Mohammad Nourizad, a dissident journalist and filmmaker who was part of the gathering, reports that 15 plainclothes officers prevented the families from entering Evin and tried to scatter the group.

Nourizad reports that at around 8 AM on Sunday, one of the plainclothes officials attacked the group, slapping one and kicking another. For Iranian New Year, the judiciary usually issues temporary leaves to most political prisoners to spend Norooz with their families.