Iranian poet and humourist Mohammadreza Alipayam was released from jail on March 16, 2016. 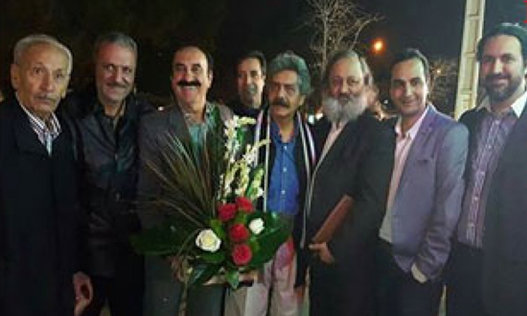 Kaleme reports that Alipayam, who has been in jail since last May, was released on Wednesday.

Alipayam, who published his poetry under the alias “Haloo”, was arrested for the social and political commentary in his work.

He was found guilty of “propaganda against the regime, blasphemy, insulting the Islamic Republic’s founder, the leader, the president and officials” and was sentenced to 15 months in jail.

Wednesday also saw the release of Ali Akbar Baghani, the deputy head of the Iranian Teachers’ Association who was also jailed for similar charges, but he will soon have to go on to Zabol to serve his exile sentence.

Saeed Madani, a jailed Iranian sociologist and author, was given a conditional release after four years in jail and will soon have to move to Bandar Abbas to serve out a two-year exile sentence.

Meanwhile, Abdolreza Ghanbari, a jailed teacher activist whose sentence went from the death penalty to 15 years in jail and finally to 10 years, was also released yesterday.