Prisoner’s mother rejects her own sentence of jail, lashes

Simin Eyvazideh, the mother of political prisoner Omid Haghshenas, has been sentenced to 91 days in jail and 74 lashes. 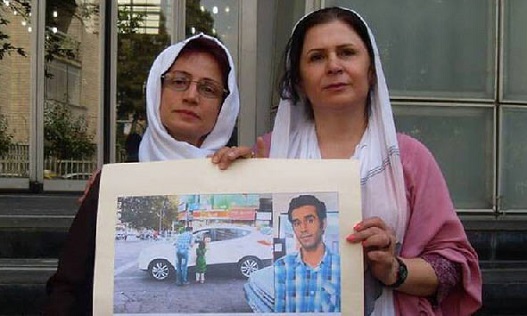 The International Campaign for Human Rights in Iran reports that Eyvazzadeh had until Saturday March 12 to appeal the sentence.

Eyvazzadeh told the campaign: “The charge against me has nothing to do with my actions; therefore, I do not accept the sentence and find it unfair and unreasonable and expect to be completely acquitted.”

Eyvazzdeh was arrested in November along with 17 other citizens gathered in protest in front of Evin Prison. She was released on bail nine days later.

Last month, she was sentenced to 74 lashes and 91 days in jail for the charge of “disrupting public order by participating in illegal gatherings in support of the head of the Erfan Halgheh Cult.”

Erfan Halgheh is a mystical view of life and healing presented and taught by Mohammad Ali Taheri, an Iranian scholar on alternative medicine. Taheri was arrested in 2010 for the charge of “insulting sanctities” and is serving his sentence in Evin Prison.

Omid Hagshenas is a children’s rights activist who was arrested in September of 2013 and sentenced to 10 years in prison He has appealed his sentenced. In December, Haghshenas was released on bail pending the result of his appeal.