Independent media report that an Iranian-Kurdish transporter was shot and killed by Iranian military officers in the border region of Kurdistan Province. 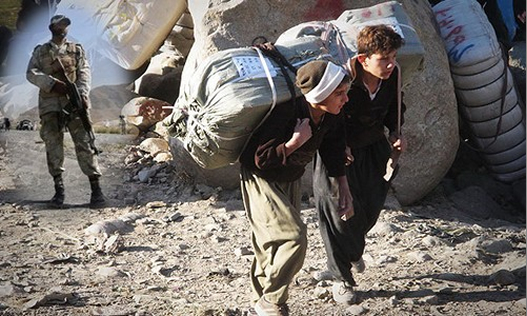 The Human Rights Activists News Agency (HRANA) reports that the young man from the city of Marivon, identified as Madeh Partovi, was shot on Sunday March 6.

The Mukerian News Agency reports that the Reformist Coordinating Council of Marivon and Sarvabad has issued a statement calling on the authorities to investigate Partovi’s death.

The statement calls on top provincial officials to deal decisively with the perpetrators. It also calls for practical steps to spur economic and industrial development in the province, especially in Marivon, to provide the people with economic and job security.

Local reports indicate that in the past year, 13 transporters in the region have been killed and another 12 injured. Transporter (kulbar) is a local term used for people in the region who are hired to transport goods across the border on their backs. The goods are then collected by the merchants who transport them to cities for sale.

This hazardous job is only undertaken by economically disadvantaged people in the region.