Iran’s Supreme Labour Council set the minimum wage for the coming year at 811,000 toumans per month after an eight-hour meeting on Tuesday March 8. 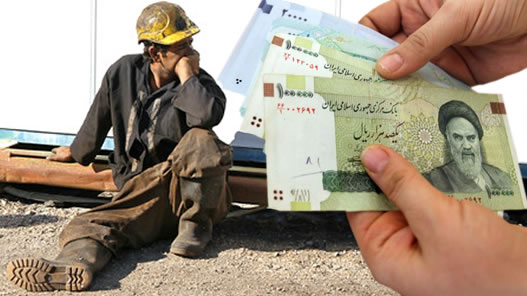 ILNA reported on Wednesday that 13 million labourers across the country will see a 14-percent increase in their wages.

The representatives of the labour ministry, employers and workers were present at the meeting, which began on Tuesday evening and stretched past 2 AM on Wednesday.

Census reports indicate that household expenses for four people exceed 1.8 million toumans per month; therefore, the minimum wage is out of synch with workers’ expenses.

In recent years, workers have also had to deal with delayed wage payments that further strained their financial means, as many businesses and factories have been experiencing cash flow problems due to an ailing economy.