A group of Tehran store owners got into a physical conflict with street vendors in the Ghaem Market neighbourhood. 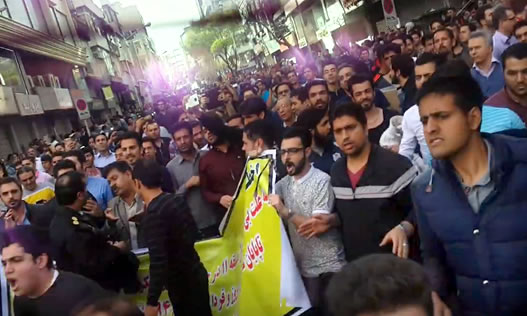 On Monday March 7, store owners resorted to force to remove street vendors from the area around their stores, ISNA reports.

The store owners say their complaints to authorities have gone unheeded as the street vendors have seriously affected the sales volumes expected this close to the New Year.

Iranians celebrate the New Year on March 21, which makes March the holiday shopping season for stores and businesses.

Street vendors maintain, however, that their products are targeted at lower-income shoppers.

Store owners staged protests on Sunday in order to force the city administration and police to confront street vendors.

Tycoon, two others sentenced to death for oil fraud