Elections for the tenth Islamic Republic parliament and the fifth Assembly of Experts is underway in Tehran today Friday February 26, 2016. The government has predicted a 65 to 70 percent vote turnout in the elections. 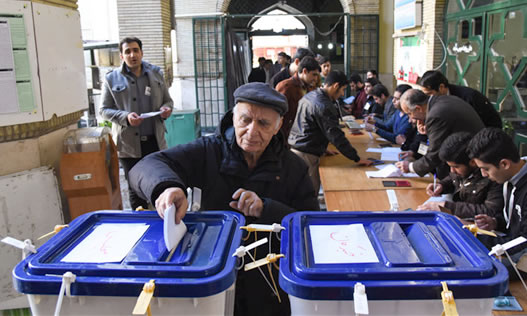 Official reports indicate that 54 million and 915 thousand across the country are eligible to vote in the elections.

The elections have already been highly controversial with widespread disqualification of reformist candidates by the Guardian Council. Reformists have responded to the disqualifications by insisting that they will remain in the elections and try to push for the candidates that are closest to their political priorities.

The conservatives have accused reformists of endorsing candidates that are promoted by the so-called “foreign enemies of the country”.

Security forces have announced that 250 thousand officers are on alert for providing security in the elections.

The 2009 presidential elections resulted in widespread protests with allegations of fraud. The government met protesters with severe violence followed by imprisonment of activists and house arrest of the candidates that challenged the election results.