Ahwaz officials say the concentration of dust particles in the city’s air has risen to over 24 times the acceptable level. 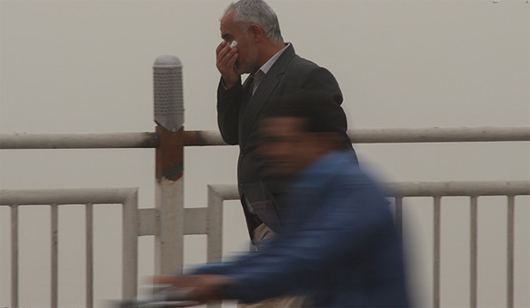 Schools and offices in Ahwaz were closed yesterday due to air quality, and the city is under emergency warning as the pollution is considered hazardous to the health of population groups.

While the source of the dust storms is said to be located outside of Iran, the drying out of the country’s many lakes and wetlands and a water crisis is beginning to exacerbate the problem.