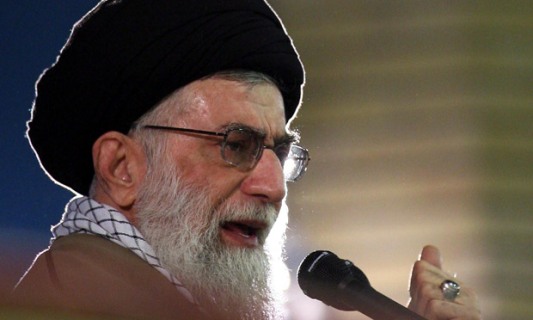 Ayatollah Khamenei stated that “attacking the Guardian Council and questioning its decisions” is part of the enemy’s plans for the coming elections.

The Guardian Council is responsible for approving candidates to run in the elections. For the current elections, the council has disqualified over 50 percent of parliamentary candidates as well as over 80 percent of Assembly of Experts candidates.

Reformists have said that the disqualifications are akin to a form of fixing the election results since the majority of their candidates have been left out of the race.

After their attempts to lobby the Guardian Council members and Ayatollah Khamenei failed to yield any results, reformists together with the Rohani administration and its supporters have gone on to urge the public not to boycott the elections. President Hassan Rohani has called on voters to vote with great care and make sure the most qualified people get the seats.

Ayatollah Khamenei’s vocal support for the Guardian Council comes after moderate cleric Ayatollah Hashemi Rafsanjani severely condemned the council for its disqualification of Hassan Khomeini, the grandson of the late leader of the Revolution, Ayatollah Khomeini.