Labour advocates report that the state of minimum wage in the country has left workers with a serious strain on their purchasing power, calling such conditions inhumane. 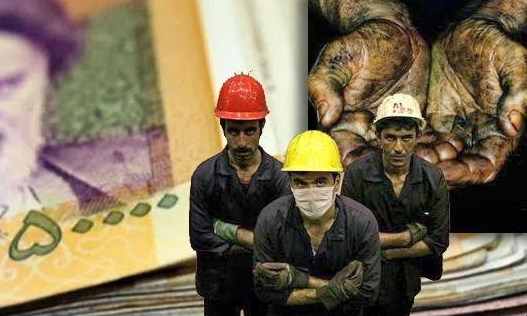 Faramaz Tofighi, chairman of the Supreme Assembly of Workers’ Wages Committee, said the minimum wage earners are in a “cruel” condition and he called for immediate action to improve their lot.

He stressed that there is a “considerable gap” between the wages and expenses of Iranian workers, resulting from “years of neglect” of labour demands. He added that the only solution to overcome this “historical chasm” would be “an accurate calculation of household expenses and consideration of the real cost of living.”

The Iranian census office has put the monthly expenses of an urban family of four at 1.8 million toumans, which is the base for calculating the minimum wage set every March by the government.

In addition to low wages, workers in many areas have been facing late payments, further deteriorating their purchasing power.