Following the meeting between the Iranian foreign minister and his British counterpart, British Foreign Secretary Philip Hammond announced that by the end of the month, the British Embassy in Tehran will resume issuing visas to applicants in Tehran. 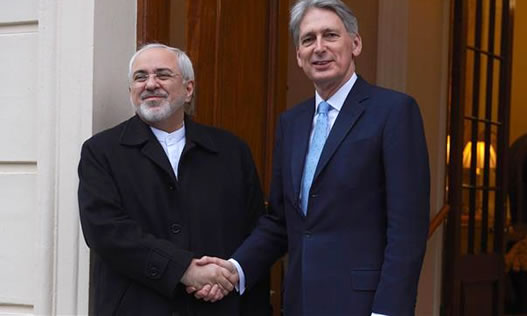 The British Embassy was reopened in Tehran on August 18, 2015 and has been gradually re-establishing full diplomatic relations with Iran.

The British Embassy in Tehran was closed down in 2011 after it was stormed by a group of irate protesters over British support for international sanctions against Iran.

The two countries have been mending diplomatic relations since the Rohani administration took power in Iran in 2013.