The Ministry of Agriculture says it will now have the support of the army in protecting the environment and natural resources. 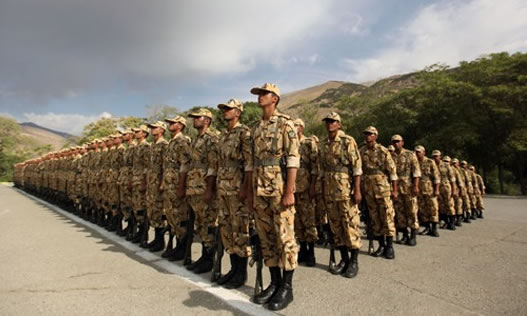 Deputy agriculture minister Khodakaram Jalali said the ministry has coordinated with Armed Forces General Staff, and starting next month an average of 2,000 soldiers will be ready to collaborate with the Forests, Rangelands and Watershed Department on environmental protection programs.

Last summer, the Department of the Environment announced that the army had provided the department with a number of soldiers for its various protection projects.

The Department of the Environment says it does not have sufficient personnel to cover the parts of the country in need of protection. Reports indicate that there are only 3,000 rangers actively engaged in protection efforts, while it would take at least 10,000 rangers to patrol the 17 million hectares of protected land and natural resources.

Environmental protection efforts undertaken by the rangers include the regulation and prevention of hunting, dealing with the destruction of forests and beaches and taking back public land illegally appropriated by private entities.