Hassan Rohani returned to Tehran on Friday morning after a five-day trip to Europe promoting investment in Iran. 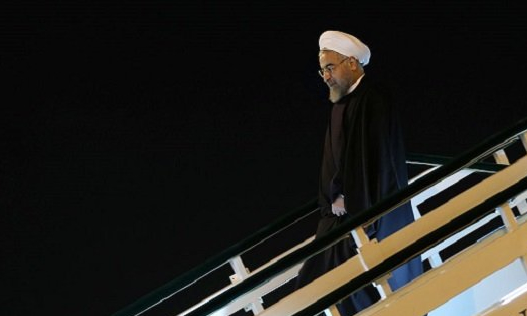 Rohani was accompanied by a large trade delegation on his visits to Italy and France.

On his trip to Italy, in addition to meeting Italian government officials, the Iranian delegation says 17 trade deals were signed in the areas of air and ground transportation, health, agriculture and energy. While in Italy, Rohani also visited Pope Francis at the Vatican.

Rohani then visited France, where the two countries signed 20 documents of cooperation in the areas of finance, the economy, industry, communications, the environment and climate.

Ten collaboration agreements were also signed in the private sector between the two countries.

The signing of a $25-billion deal for the purchase of 117 airbus passenger planes from France is evidence of changing Iranian-European relations in the post-sanctions era.