Prominent jailed reformist Mostafa Tajzadeh has written an open letter to Iran’s Supreme Leader, warning him not to allow a repeat of “the errors of the presidential election of 2009 and the parliamentary elections of 2011” and adding it is time for the leader to ensure the elections are a “fair competition”. 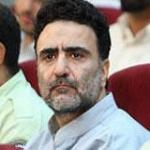 Tajzadeh reportedly criticized the disqualification of over 60 percent of candidates and says a true competition requires the presence of at least two rivals in the arena.

He also called for impartial monitors, the promotion of equal opportunities for all candidates and the observance of legal provisions as the only course of action to ensure widespread public participation in the elections.

Tajzadeh writes: “The expectation that 54 million people will participate in the elections is not compatible with the elimination of all dissident candidates.”

Tajzadeh adds that four prominent reformist figures refrained from running in the elections to avoid “making you sensitive” and to maintain a balanced and fair atmosphere where supporters of the current government can enter the elections. He further adds that even after widespread disqualifications, they did not “protest and assemble or change their vocabulary or talk of boycotting the elections. They calmly took their appeal in a legal manner to the Guardian Council. It is now your turn to react to this exercise of good faith and prioritizing of national interests with a fitting response.”

He reminds Ayatollah Khamenei that all Iranians, including supporters and opponents of the regime, regard anything that occurs in the political arena of the country from now on as the “leader’s policies”.

Tajzadeh states that the economic maladies of recent years, rising disagreements among conservatives, unprecedented international sanctions and widespread corruption in the country are the result of all forms of competition being driven out of the political scene, and he calls on the Supreme Leader to “remedy all the past errors” in this regard, citing the 2009 presidential election and the 2011 parliamentary ones.

Tajzadeh was arrested following the 2009 election, when reformist candidates MirHosein Mousavi and Mehdi Karroubi accused the system of vote fraud in favour of Mahmoud Ahmadinejad. Ayatollah Khamenei chose to ignore the allegations, which led to widespread mass protests. The result was a violent crackdown on protesters and the widespread arrest and persecution of reformist figures, journalists, bloggers and ordinary citizens showing any sign of support for the protests and opposition leaders.

Tajzadeh acted as the minister of interior in the reformist government of Mohammad Khatami and was one of the first reformist figures to be arrested. He is currently in Evin Prison.

Celebrated actress attacked in Kashan on way to screening