The head of the Eastern Azerbaijan Justice Department has announced the shutdown of 25 news websites for “lack of permit” and “election offences”. 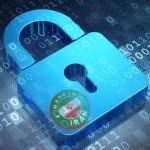 Hekmat Ali Mozafari said on the National Broadcasting channel that the government will not tolerate “election offences” in cyberspace and will deal with them “firmly”.

Mozafari said: “All movements and activities related to the upcoming elections of the Parliament and the Assembly of Experts are being closely monitored.”

On Sunday January 24, the spokesman for the judiciary also reported on 40 cases related to charges of adverse comments “against some candidates in cyberspace” in 31 provinces.

The Kerman Cyber Police also reported last week that they have issued 82 warnings about running internet sites in connection to the elections without a permit.

Elections to select members of Iran’s Parliament and Assembly of Experts will be held in March, and reformists have faced serious obstacles to entering the race as the establishment exerts its influence through various channels.

Reactions to Iranian Leader’s Invitation to the Elections

Celebrated actress attacked in Kashan on way to screening