UN Secretary General Ban Ki-moon has released a list of 15 countries that are in arrears in paying their annual dues to the UN and will lose their voting rights in the world body. 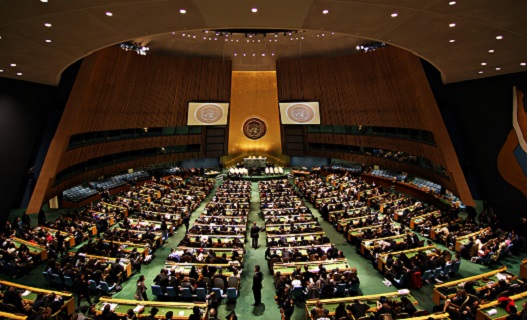 Iran has been removed from the list since the UN sanctions against it were lifted.

UN sanctions placed on Iran over the nuclear disputes were lifted last Saturday, and on Friday January 22, assembly spokesman Daniel Thomas said Iran had “just paid” and could now vote.

In his letter, Ban Ki-moon notes that the affected member states could be allowed to vote if the UN were “satisfied that the failure to pay is due to conditions beyond the control of the member.”

The minimum payment for some of the countries on the list varies from just under $3 million for Venezuela and $2,360 for Burundi. Bahrain, Libya, Marshall Islands and Saint Vincent are some of the other countries that have lost their voting rights in the UN.

Iran’s Central Bank on the lookout for “tainted” election funds