The Tehran special police force prevented a group off Shandiz shareholders from gathering in protest in front of Parliament. 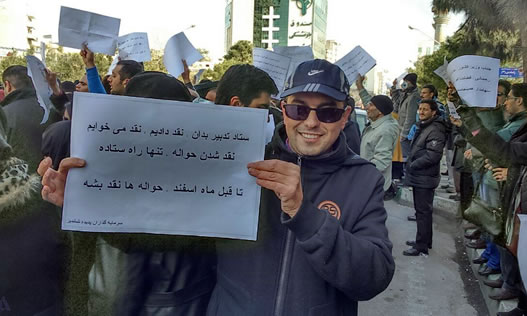 ILNA reported that roughly 700 protesters were planning to demonstrate in front of Parliament on Monday January 12, but the special police thwarted them by surrounding the premises and dispersing the crowd.

Shandiz is one of the investment firms the government shut down last year. On several occasions, the shareholders have called on the administration to provide answers regarding the fate of their investments.

In recent days, Shandiz shareholders have organized a number of protests in Tehran and Mashhad to demand the return of their investments.

Attorney General Ebrahim Raisi has been quoted as saying that 80 percent of the Shandiz assets are in the hands of one person. Shandiz CEO Mohsen Pahlevan was not named, but some shareholders have called for his arrest.

Core removed from Arak reactor as part of accord