Workers at the Tehran subway service have staged another demonstration to protest delays in the payment of their wages. 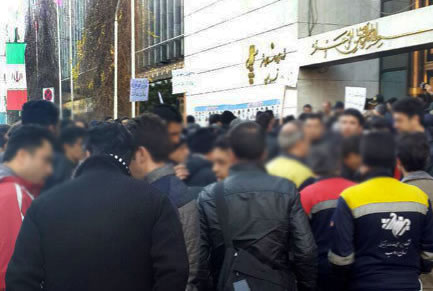 ILNA reports that on Tuesday January 5, 100 workers gathered in front of Tehran City Council, demanding more than three months’ worth of unpaid salaries and overtime.

The workers held a previous protest last month and were promised by management that their demands would be met.

With the stubborn decline in oil prices and persistent inflation, Iranian businesses have been feeling the crunch of an economic recession marked by widespread factory closures and unpaid workers. Most recently, the government announced it was having problems meeting the payroll for public employees.