The Bahar daily, a newspaper linked to Iran’s reformist forces, was shut down once again on Sunday January 3.

The judiciary announced that the Bahar daily was closed down for “propaganda against the regime and publishing material that harms the foundations of the Islamic Republic”.

Mansour Ghanavati, the editor in chief of Bahar daily 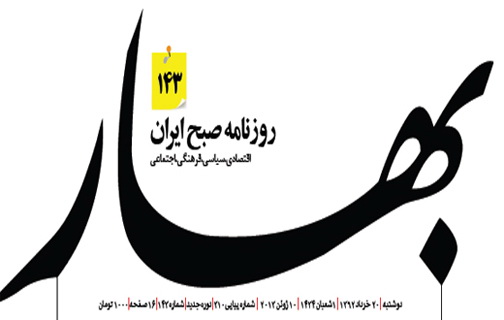 , announced that the charges against the daily have not been made clear yet.

The Bahar daily was shut down two years ago for publishing an article about the first Shia Imam that drew fire from a number of Islamic Republic hardliners.