Registration for the parliamentary elections slated for March began on Saturday December 19 in cities across Iran. 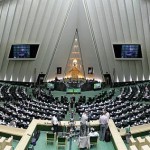 Registration will continue for seven days, and people will have until Friday December 24 to nominate themselves to run in the elections.

The government election committees will then review the eligibility of the nominees. Those who are found ineligible will have three days to appeal the decision.

In February, the Guardian Council will review the list for final approval.

Several reformist figures have challenged the Guardian Council’s role in disqualifying election hopefuls. They believe the council has been systematically rejecting the formation of a majority of reformists in Parliament.

The parliamentary elections will take place in March at the same time as elections for the Assembly of Experts.

Rohani seeks another term as Assembly of Experts member