Majid Majidi’s film Mohammad, Iran’ entry for the best foreign film category at the Oscars, has been eliminated in the first round of selections. 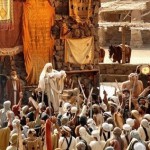 On Thursday December 17, the academy announced the list of nine foreign films still vying for the best foreign film Oscar of 2016, and Majidi’s epic was not among them.

Mohammad is the most expensive Iranian film ever made. It was shown at 40 cinemas in Tehran and 98 cinemas in other cities across the country at the same time.

Majidi’s Children of Heaven was among the five films that reached the final stage of Oscar’s foreign film category in 1998.

The foreign film shortlist is dominated by European submissions, with the sole exception of Ciro Guerra’s Embrace the Serpent from Colombia.