The Board of Governors of the International Atomic Energy Agency has voted unanimously to close Iran’s nuclear investigations dossier and to rescind all its former resolutions against Iran. 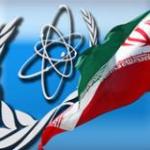 Iran and the 5+1 reached an agreement on Iran’s nuclear activities after more than a decade of disputes between the parties, and today’s development at the IAEA will reportedly pave the way for implementation of the agreement’s provisions.

Iranian Foreign Minister Mohammad Javad Zarif said on Tuesday: “This resolution has gone far beyond the closure of the so-called PMD (Possible Military Dimensions) and has officially nullified the previous 12 resolutions of the governing board regarding Iran’s nuclear program that contained allegations and serious restrictions on the country’s nuclear program.”

He added that today’s meeting also saw approval of an agenda for implementing the Joint Comprehensive Plan of Action, referring to the agreement reached this summer in Vienna.

Iran has always insisted that the goal of its nuclear program was peaceful and that it has no intention of developing nuclear weapons.