The premier of Khuzestan has announced that eight women have been appointed as prefects to various regions of the province. 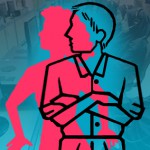 IRNA reports that this is the first time women have filled such positions in Khuzestan.

Since the Rohani administration took power, several women have been appointed to senior government administrative positions such as premier, prefect or governor.

The move has been criticized by conservative factions of the clergy. Yesterday, the Isfahan Friday mass Imam criticized the persistent appointments of women to top positions when hundreds of men remain unemployed.