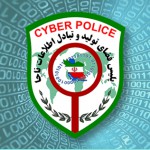 ISNA quoted him on Monday December 7 saying: “Fifty-three individuals who were acting in support of Daesh (ISIS) ideology on the internet inside the country were detained.”

He added that the individuals have been handed over to the judiciary, saying: “Those who were acting inadvertently were released after having signed commitments to never repeat such actions; the others were arrested.”

He added that most of the detainees were residents of Iran’s border regions.

Hadianfar said 175 pages associated with ISIS have been eliminated from Telegram, adding that in the past year and eight months, the cyber police have identified 285 websites linked to terrorist groups.

MP says political activity should remain open to all