The Tehran Police Department says it has arrested 723 people in connection with cybercrimes in the past eight months. 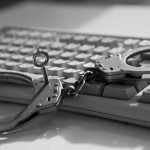 The Tehran police chief says 609 men and 114 women were detained.

Police Chief Hossein Sajedinia noted there has not been a significant increase in these crimes compared to last year.