Iran’s Ministry of Culture and Guidance has once again warned Iranians against cooperating with foreign satellite programs, calling them “a tool of cultural infiltration”. 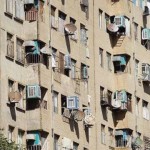 IRNA reported on Friday December 4 that the ministry has stressed: “Any cooperation with foreign satellite networks is an offence, and offenders will be held accountable.”

The ministry spokesman clarified that any form of cooperation, even sending television commercials to these networks, is against the law that bans satellite equipment.

These statements, which followed the finalization of the agreement between Iran and the 5+1, have been echoed by IRGC commanders and Friday Mass Imams across the country, and have so far led to the arrest of a number of journalists who have been vaguely accused of collaboration with “infiltrators”.

Today’s report indicates that the ministry of guidance is monitoring all commercials, news and other programs of satellite networks and will take necessary steps against offenders.