The National Centre for Studies and Research of the Caspian Sea announced on Wednesday that water levels there have fallen by 22 centimetres in the past year. 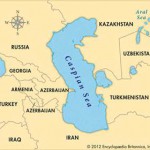 The report adds that the decline over the past two years was 30 centimetres.

Iran, Russia, Azerbaijan, Turkmenistan and Kazakhstan are the five countries that have Caspian Sea coasts.

The National Centre for Studies and Research of the Caspian Sea, which is based in Iran, says that in the past 20 years, the water levels have fallen by 1.2 metres.

The centres states that continued drought and reduced precipitation in previous years in the Caspian basin have meant a reduced flow from rivers leading to the Caspian Sea, most notably the Volga River, and that is among the chief causes of the drop in water levels.