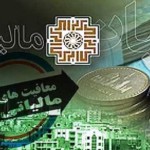 The organization reports that in a meeting with the president of the Lebanon Trade Association and his delegation on Tuesday December 1, Valiollah Afkhamirad said: “Foreign investors can enjoy anywhere between 6 and 20 years of tax exemptions.”

The Lebanese delegation, comprised of representatives from more than 100 companies, arrived in Iran yesterday for trade discussions.

Afkhamirad said tax exemptions apply to Iran’s Free Trade regions, and if imported goods are to be brought into the country from the Free Trade zones, taxes will still apply.

The Iranian government has been hosting a number of foreign trade delegations in recent months. As an extension of the lifting of sanctions, Iran is looking at encouraging foreign investment in order to stimulate its slumping economy.

Prison to probe alleged use of violent offenders against political prisoners