Prison to probe alleged use of violent offenders against political prisoners

Five political prisoners in Rejaishahr Prison, who started a hunger strike after being attacked by two violent offenders in prison, now say they have ended their strike because authorities said they will investigate the matter. 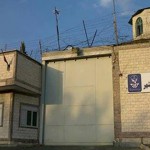 The prisoners started a hunger strike when the authorities failed to address the incident, and allegations were made that the violent offenders are being used to impose more pressure on political prisoners.

The prisoners maintained that while they were not even provided with adequate medical services, prison guards took the side of the violent offenders and encouraged them to file a complaint.

Prison authorities dismissed the incident as a matter among prisoners and did not show much concern.

After families of the political prisoners presented the prison authorities with crucial evidence, promises were reportedly made to investigate the incident.